Cinderella:
A week ago I stood in the photographers’ pen photographing the stars. Tonight I watched the film. Here’s what i thought.
The ugly sisters – could have been ‘uglier’ both in look and in nature and definitely more rounded in the film and maybe the prince’s character could also be a little more developed. Only slightly.
But all other characters were perfect and the actors chosen were really right for the roles.
The photography was stunning, vivid and beautiful.
The dresses were amazing. The enormous gown Cinderella wore at the ball was overwhelmingly gorgeous.
i cant see how anyone can really criticise this film. It stuck faithfully to the story. Cinders was simple and innocent and natural. The film was full of genuine emotions. it was a touching film as well as well produced. The famous leading actors like Blanchet and Bonham Carter were perfect for their roles.
It’s got to be watched on a big screen because the scenes were so full of colour and life. You’ll miss so much if you don’t watch it somewhere big like the Odeon leicester square. (And why are they knocking this cinema down?)
Two scenes stand out. 1. The CGI animations of the mice throughout (sooo lifelike!) and the turning of the pumpkin into a coach was outstanding. 2. the scene at the ball was really sumptuous.
Some people will think it’s boring because the end is already known. But that didn’t matter. There were some interesting insights. The nastiness of the evil stepmother was given a history or psychological realism – something like (not exact quote) – “Why don’t i like you? i don’t like you because you are innocent, young, beautiful and i am (not)….”
Cinderella came across as a genuine compassionate person but also could be very strong. At the end she said slowly and deliberately to her stepmother, “You are not and never will be my mother”. And the very last time Cinderella spoke to her stepmum she turned back and said “i forgive you…” That too was a nice touch. Forgiveness is so often missing from the storyline. There was something almost christlike in her final words rather fitting for an easter release! 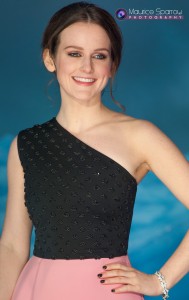 GOT A PROJECT IN MIND?

Contact me today to discuss your project and get booked in.